Heirs & Spares -giveaway and an Interview!

I must admit, I always shy away from author interviews.  I love to read them but I hardly ever do them.  So when the author 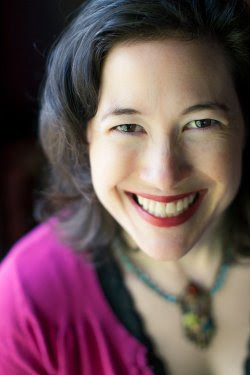 L J Spohr ... click on the pick to go to her Amazon page, contacted me I figured let me give this one more try.

I could kick myself almost immediately.  I mean, what do I ask?  So I came up with a bunch of questions and told her to pick those she wants... she did not.  She answered them all.  And once I received them back and read them I went.... hmmm.  It is not the questions so much as the answers.  So at last, I have moved on from one fear.  But hey, let me not bore you. 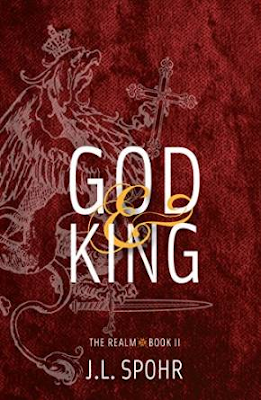 This is book two, I hope the author loves me so much that she will, upon reading this gift me a Kindle review copy!  Hint, hint.  Nudge, nudge.

When you write, do you write in silence or do you write with a music playlist. If you do have a playlist what can we expect to hear?

That's a good question! It really depends. If there are people around, or if I feel stuck on a scene or character, I like to have music playing. I have different lists for each of my books. For Heirs & Spares and the rest of The Realm series, I've got a mix of folk, classical and Gregorian chant. Got some Sigur Ros, Mumford & Sons, some Ivan & Alyosha, Lumineers, Elliott Smith. even some U2. Lot's of Beethoven and Bach. And whenever I need to conjure up sadness I listen to "The Death of Queen Jane" from Inside Llewyn Davis. Or Motzart's Lacrymosa.

Heirs & Spares first attracted my attention due to its fun title. The book itself is filled with humour. Is it hard for you to bring in humour into romance or is it a natural process?

Thank you so much for that. I really wanted to write a book that fit the genre, but also took itself with a grain of salt. It can be a tough genre as melodrama is to be expected, but I also wanted the characters to feel real. I also find humor attractive, so if I want attractive characters in a romantic sense for sure, they're going to be witty. So that part of it certainly feels natural to me, injecting humor. I'm expecting readers to hang out with these folks for a whole series - there better be more than just doom and gloom and bed bouncing.

Also, there's that whole bit about characters just being who they are. My characters, especially William and Robert, just are witty. They talk that way in my head. (Ugh, I hate it when author's say things like that, but it's true!) It's part of why they're friends - they can go toe-to-toe. And Anna certainly has a tongue on her. She's actually based on the six wives of Henry VIII, so her wit and intelligence are inspired by Anne Boleyn - and, as the books go on, Elizabeth he and Anne's daughter.

What are you working on now?

Right now, I'm finishing up the series with the final book Crown & Thorns. Also, my agent is currently shopping my upmarket women's fiction titled Ghost of A Woman. It's about a thirty something modern woman who dies in her house and is stuck haunting it for reasons she can't deduce. The story is told from her perspective, and let's just say she has a unique view of family life. When a new family moves in, and the little boy can see her, that's when everything starts to unravel. Ultimately, she has to decide whether to save herself, or stay and help this little boy. It's not a spooky story at all - though I did go on a ghost hunt during my research (!) - more a tale of fractious female relationships, self-discovery and bonds of love that run deeper than death. It's got the humor that you mention, but the humor's darker for sure.

And finally, I'm researching the next book I'd like to write about Jezebel. It's going to be sort of a Red Tent meets Poisonwood Bible. Can't wait to set the record straight on poor, maligned Jezebel!

If you walk into a bookstore...what genre book will you have clutched in your handbag already read until page fifty in the queue to pay?

Love this. And it's a tough one. I wrote Heirs & Spares because it was a book I would have wanted to read. A book that I could get lost in and love the characters and have fun with. So historical fiction is probably my go to section, everything from Longbourn, to The Dressmaker, to The Painted Bridge, to Gilead, London or Lincoln. But I like modern general fiction too and cosy mysteries. I dabble with some romance and non-fiction too. I read a classic every year, definitely a Dickens or an Austen, some of the Russians. I'm rambling. I guess the last book I gave up a good night's sleep for was The Bees. I'm currently reading Ann Patchett's Bel Canto and loving it too.

What are the greatest challenges that face you yourself as an author?

Logistics. I have two little ones, 6 and 3. Child care - especially in the summer, is tough - and expensive. And then there's the whole "I work from home" so that means I'm the one by default running things domestically, letting in, and then having to chat at length with, the electrician (happened today), shopping and cleaning and general schlepping. The working from home bit makes the general populace think you don't have a "real" job. And, admittedly, I'm more apt to run that quick errand or set up the dentist appointment during the day and then there's half my writing time.

When I'm really in the groove though, everything else goes to pot. The house is a mess, we live off of take-out and PB&J's. And I'm very growly. It's a little bit like having a baby - the words need to get out and the best place for them to do that is when I'm at the computer, not making pot roast. So when I'm making pot roast instead of writing, it makes me grumpy.

Who is your writing role model or models?

Diana Gabaldon, for how she's made an entire brand for herself and her books. I also think we have a somewhat similar voice, the historical fiction with humor. Anne Rice for the way she interacts with her readers and fans. Same with Neil Gaiman. I love the artistry with which Wendy Wallace (The Painted Bridge) and John Boyne (Next of Kin) write. George R. R. Martin for the complexity of his characters and no fear in killing them off. So many. These are just off the top of my head.

If you could tell your younger self one thing about writing what would it be?

Keep doing it. I stopped writing creatively sometime in college and I would be a better writer now if I had kept at it. That and the dialog tag "said" rarely, if ever needs and adjective.

A word of advice to the writers and aspiring writers following this blog?

Write your story. Don't write what the market tells you to, just write the story that's in your soul. When you do, and it's done, it leaves room for more stories to replace it. And even if your mother and five friends are the only one's who read it, you will have done more than most.

Oh, and, if you're serious about publishing, you really need professionals to guide you, whether you indie/self pub or want to roll with the big dogs in New York. Pushing publish on CreateSpace is easy. Getting bad reviews and low sales because your work is not professional, that's not something you want to happen. So start a Kickstarter or dig into the savings account a bit and hire an editor. It is worth every penny because collaboration and revision are key. Heck, I even read Heirs & Spares now and want to revise it and maybe I will someday when my mind stops churring out new stories. 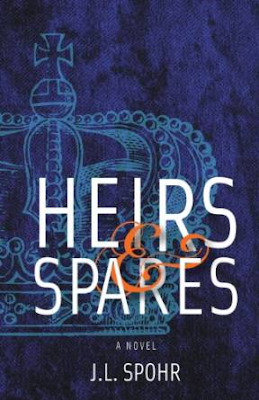 Here is raffle a Rafflecopter giveaway
Posted by Wanda Hartzenberg at Friday, July 17, 2015