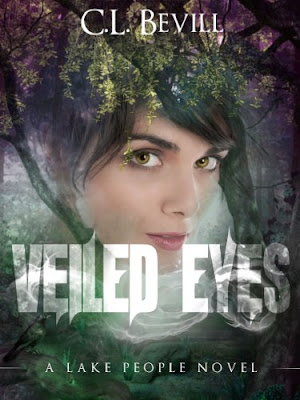 A vivid waking dream of giant cypress trees dripping with Spanish moss haunts Anna St. Thais. The trees sit on a black lake that resembles a dark Louisiana bayou with an evocative aura. The dream includes the presence of a man who seems to know Anna all too well and a group of people with strange telepathic powers, sometimes called veiled eyes. An orphan from Texas, she is on her way east to help out a friend when she encounters two terrifying things. Psychically, she begins to see and hear things through the eyes of an unknown individual, a man who knows more about her than she ever would have imagined. The second thing is that she has been kidnapped by a sociopathic trucker intent on making her his latest victim. When she is rescued by Gabriel Bergeron, a member of the elusive Lake People in Northwestern Louisiana, Anna doesn’t realize that he is her psychic counterpart and she has been inexplicably pulled to the area. She shares their strange colored gold eyes and their distinctive mental powers. They are a reclusive lot and know that Anna is one of them, but has been isolated by unknown circumstances. She is drawn into their incomparable world, something between that of the Creoles and Cajuns, and much in addition to those. There Anna finds a romantic link with Gabriel and the spine-tingling fear of not knowing who to trust. Her return has disturbed the inner workings of the group and threatens to expose secrets long concealed in the murky Louisiana bayous. There are secrets to be divulged about her past and why she was spirited away as an infant. Anna isn’t safe until she discovers the answers she so desperately requires.

Veiled Eyes by C.L. Bevill
My rating: 4 of 5 stars

This is the first book in the Lake People series. I really enjoyed it.

Anna St. Thais is a character I wanted to like. Unfortunately, I found her to be rather naive and annoying at times. She does some really idiotic things. She is an orphan living in Texas and working as a mechanic, but has had visions of a strange place and a young man she has never met with similar coloured eyes as herself. Drawn by the pull of the visions, she finds herself travelling across the country in an attempt to locate him.

Gabriel Bergeron is an interesting character and I liked him a lot more than Anna. He works as a fishing guide on the bayous near to the town of Unknown that houses the clan of Lake People. Psychically linked to Anna since her puberty, he is intrigued by her life in a land completely different to his own. As their link draws her closer to him, he is horrified when she is kidnapped by a psychotic truck driver.

Amazon actually recommended this book to me way back in 2012. I downloaded it, but didn't read it until recently due to my large reading list.

I started to read it and was quickly hooked. However, as I said above about Anna's character, I found myself wanting to either shake her or smack her for being so idiotic. Okay, I get she didn't have much money, but hitch-hiking is risky, especially for a lone woman. What I don't get is that she has a psychic link to Gabriel, but not any type of clairvoyance? What about woman's intuition? However, I think you don't have to be psychic to know that hitch-hiking across the country is a bad idea. Having said that, this part of the story was well written and I connected to Anna emotionally as she faced the harsh reality of her situation.

This story takes the reader on a huge emotional roller coaster ride. There is mystery, danger and romance aplenty. There are several twists to keep a reader guessing and the story had a dark feel to it at times, which had shivers creeping over my skin. There is a thrilling mystery surrounding the Bayou, the citizens and Anna's mother's past. The citizens of Unknown are wary of strangers, even one that looks much like them. I must admit that I did like Camille, Gabriel's sister, and her family. As the story reached its climax, I was a little disappointed that we didn't get to see more of Goujon, the giant catfish that haunts the lake and protects the Lake People. However, he may appear later on in the series. I did feel that the story plot near the end was not as strong as it should have been, though other readers may disagree. I reached the end of the book with mixed feelings. I enjoyed the story, but am not sure if I will continue with the series.

C.L. Bevill has written an intriguing start to the series. I loved her writing style, which is not particularly fast paced, but it still had me turning the pages to find out what happened next. The flow felt a little jerky at times as scenes transitioned, but for the most part it flowed well. 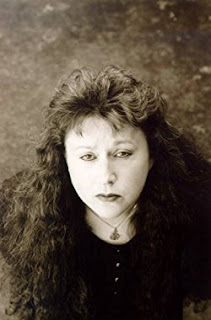 C.L. Bevill has been in the U.S. Army, cleaned floors, a graphic illustrator, a therapist, and a stay at home mother. She lives in the Alabama area with her husband and daughter and keeps plugging away at the next great American novel.
Bio and photo from Goodreads.